For many people, watching TV is going to get costlier – cable and satellite TV companies are set to raise their rates this month. The big names like Time Warner Cable, DIRECTV, and Dish Network are dealing with a huge number of consumers who would rather go with cheaper online alternatives. Also, the programming costs are higher when they are carrying broadcast and sports networks.

Telecom giant AT&T® announced the introduction of a new wireless data plan for new and existing TV subscribers. This will apply for people using DirecTV®, the satellite TV business that AT&T® acquired in July 2015. The new plan kicks in starting Tuesday, and will be open to wireless customers who have or add DirecTV® or U-verse® TV service.

The base plan provides data, talk and text, and costs $100 on a smartphone. Customers can add this smartphone or tablet for a monthly fee of $40, or a smart watch for $10. A fourth smartphone can be added at no added cost. The company said this plan might be available for a limited time.

On top of this, new and existing DirecTV® and U-verse TV customers who are switch to AT&T® wireless will stand to get $500 credit under certain conditions. For AT&T® customers currently not getting the DirecTV®service, there is the option of adding a TV package starting at the $19.99 a month per year, provided that they sign up for a 2 year- contract.

Sling TV subscribers won’t be struggling with TV scheduling conflicts any more – the company has just upped the capabilities of their Hopper DVR to enable recording 16 channels.

The new rig also handles 4K Ultra HD programming. Latest in the line, Hopper 3 DVR will be out later this month as a free upgrade for customers, who will be charged a $15 monthly service fee. It is designed to bring “a conflict-free TV experience,” according to executive vice president and chief technology officer Vivek Khemka.

Under 4k, the new Hopper supports Netflix’s 4K UHD library, with Netflix content integrated into the DVR’s discovery function. You will be getting movies such as The Amazing Spider-Man available for rent as part of a deal with Sony® Pictures and other major studies. 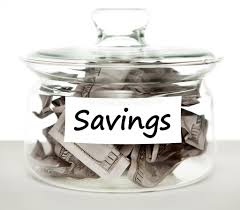 Many households will see an increase in programming fees this coming. These increases will come this year but there are still ways to reduce your subscriber fees.

Companies like DirecTV® and Dish® provide customer discounts when you elect for auto-bill pay. And now with the merger of AT&T® with DirecTV® customers can link their AT&T® bill and get even bigger discounts. Overall subscribers should see a 6% increase in fees over the next year. If you have been a longtime customer it never hurts to call up your service provider and ask for discounts and/or bundles.

If you like premium channels but are agnostic to premium brand switching from Showtime to HBO® could provide even more savings depending on your TV provider. For example, you will save $7 by switching to HBO® this year with Comcast.

Time Warner® Cable will hike their programming fee from $2.75 to $3.75 per month, while the sports programming fee will go up by $2.25 to $5 per month. Subscribers have had a letter mailed to them about the upcoming change. The telecom company will also be raising the monthly rates for other television and equipment services.

Equipment pricing will go up too, for television packages and service fees on cable modems, digital adapters and remote control. Here is a list:

TWC® Box
Company spokesperson Scott Pryzwansky at Time Warner® Cable said in the email that went out to subscribers that this is part of an investment in company networks and equipment. Apparently this owes to the “rapidly rising costs of programming, especially local broadcast channels and cable sports networks. Many of these changes will not affect customers who are currently receiving promotional pricing until their promotional period ends; others will take effect with January’s bills.”

Customers of the world’s second largest cable company aren’t strangers to fee surges. For example, back in 2012, internet cable modem subscribers saw a newly implemented monthly fee to cover the rising cost of repair services. This was initially $3.95, but rose to $5.99 in 2013, $8 in 2015, and is aiming to hit $10 this year. Still, you can avoid having to pay if you bought and installed your own modem.