Fastest Internet Provider In Your Area

As binge watching becomes a part of life in the country and homes overflow with connectivity devices, the availability of high-speed internet has become crucial for customers. As per the recent studies, about half of the US homes subscribe to one or the other video streaming service and an average household has about eight connected devices, meaning that most of the households are heavy users of internet. Consequently, these homes will need internet speeds of about 50 Mbps to run all the connected devices at the same time.

If you stream much HD video content, use video conferencing, and cloud-based services like Google Drive or Dropbox regularly, you are a super internet user who will need an average of 100Mbps internet speed.

When it comes to finding the best or the fastest internet provider in your area, you will need to compare and consider many factors, as internet speeds and package prices will vary by Zip code. The biggest internet service providers in the US offer their service via copper, DSL, cable, fixed wireless, mobile broadband, and fiber optic

Home Broadband Growth Trends in the US 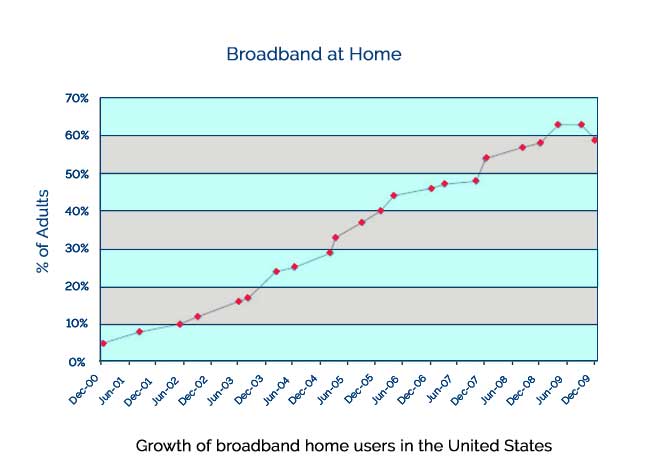 The percentage of household broadband users declined slightly in the period between 2013 and 2015 and reached 67% from 70%. However, the numbers increased in 2016 and reached 73% but the increase is predominant only in the portion of the population with higher levels of income and education. Only 34% of non-graduated high school Americans use home broadband, whereas 91% of the college graduates use home broadband internet services. The adoption rate of home broadband internet also differs with the location, age, household income and ethnic and racial backgrounds.

Finding the Best High Speed Internet Provider in your Area

Internet Plans will Vary by Location and Provider

Internet plans and packages offered by the popular service providers will vary with location. You will also need to consider the maximum speeds offered in your area and regional availability. The available internet speeds tend to vary from place to place, regardless of the advertised speeds. You may also request the service providers for a quote to understand the actual speeds offered in your locality. 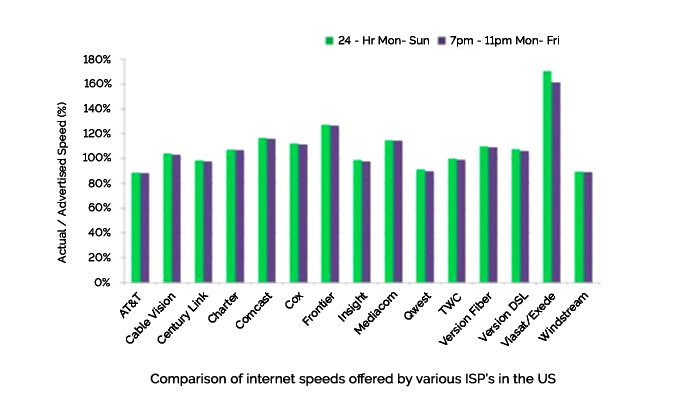 The internet business arena is filled with numerous complaints. In their 2017 report, the American Customer Satisfaction Index (ACSI) said that the customer service options offered by different ISPs are “slow and unreliable.”

Agencies like ACSI evaluate ISPs with interview data and surveys to identify the ones with the highest overall customer satisfaction. You can refer to the annual reports published by agencies like ACSI to find the customer service rating of different ISPs in your area.

Top Internet Service Providers in the US

AT&T® is the second largest internet service provider in the country based on coverage. They offer high-speed internet service to 22 states. In addition to their DSL broadband services, they also offer fixed wireless and fiber internet services. Their plans start at 40 dollars per month (you can have their services for 30 dollars if you go for bundles plans) for internet speeds up to 50Mbps. If you need unlimited data allowance, you can get it for an extra 30 dollars per month or have unlimited data at no extra charges via bundling. AT&T Fiber® delivers speeds of 1 Gbps for 80 dollars a month.

Charter Communications® is a telecom company offering their services under the brand name Spectrum®. Charter® is the second largest cable operator in the country based on the number of subscribers after they acquired Bright House Network® and Time Warner Cable® in 2016. Charter® offers both fiber and broadband internet service to their subscribers. Their internet plans start at 29.99 dollars per month for twelve months, when you go for bundled options, and the internet speeds start at 60 Mbps.

Cox Communications® is the fourth largest cable internet provider in the United States and serves 18 states. They offer cable internet service to more than 20 million users across the country. In addition to offering cable broadband internet, they also offer fiber internet services with a maximum speed of 300 Mbps. Their internet plans start at 29.99 dollars per month for speeds of up to 15 Mbps.

Dish Network® is the third largest satellite internet service provider in the country and offers their internet service to all the 50 states. They offer the greatest coverage in the Southwest parts of the country. In addition to satellite broadband services, they also offer DSL internet to their users. Dish Network® offers internet plans at 49.99 dollars per month when users pick their two-year bundles package. Now you may have got an idea on finding the fastest internet provider in your area. If you still find it difficult to compare the various packages and internet speeds offered by the different providers in your area, contact us to compare the best internet packages offered by each provider and choose the fastest internet provider.

With this website, we aim to take the strain of internet, TV, and phone deal comparisons. We understand that the best triple play deals are not just about the price, but are about what is included in the package, the speeds that are offered and discounts and incentives supplied by the service provider. 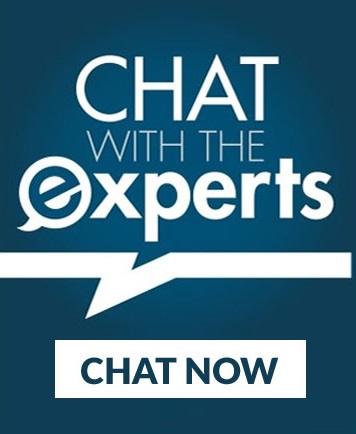